Varad Kubal, a resident of Achara village in Sindhudurga District of Maharashtra is 15 years old. However, he belies his age when he starts speaking about the fragile ecosystem of his village. ‘The trees, the birds and the animals have to bear the brunt of the construction activities taking place in the district. Thousands of trees have already been felled and the environment around the village has become untenable. Untimely rains, floods, and hurricanes are new normal and we are getting used to it’, the passionate adolescent laments.

Varad had already made a mark at just 12 when he rescued sea birds called Birdlen Tern. Around three years ago a hurricane had hit the western coast during which these hapless migrating birds were injured. Presumably the recovered birds were driven towards the Konkan coast by monsoon winds. ‘Immediately after the storm, I was on the Achra beach watching the receding tides when I noticed some unusual activity. As soon as the injured and exhausted Bridlens landed on the coast a pack of crows started attacking these birds who were not able to defend themselves. I picked them up and went home’. Varad recalls the incident which led up to his initiative.

Varad hadn’t seen these birds before and he didn’t even know they existed. A search on the internet revealed that they originated from the Caribbean islands and nested in the Persian Gulf and spend their non- breeding season in the Indian Ocean. These amber coloured birds with long spiky tail measuring 32 cm were out of breath and wounded. ‘I fed them and applied anti septic lotion on their scars. I looked after them for a week by which time they were ready to take a flight. The Oceanic birds are among the most remarkable but least known of all birds, living at sea, far from the sight of most people’.

Soon the rescue of birds turned into a mission. As a result of the relentless development activities in the Konkan region, the habitats of the birds and many other marine and coastal species are in danger of extinction. A number birds also get caught in the tangled cables or wires hanging all around the cities and towns. Varad rescues the injured and treats them. ‘Their survival is challenged. I try to take care of them but they have to go out to the same hurtful world’.

Varad’s mission is not limited to rescue and relief of birds; he’s a keen observer of the coastal and marine bio diversity too. ‘Humans adopt violent means while animals and birds follow humane path, that’s strange isn’t it? I saw a cat taking care of an injured baby squirrel. Human immunity is dependent on nature because we too are part of the environment. Our activities have impacts on all systems of the earth. In Delhi people suffer from shortness of breath because of high level of pollution in the air. That’s why there’s a need to care for our eco systems. Why worry too much about tomorrow while failing to live in the present moment? We should acknowledge what we already have and should try to preserve it’.

This teen age environmentalist is also trying to walk the talk. He launched a drive of planting the saplings of native varieties like Jambhul (Jndian blue berry) Neem (Azadirchta Indica) Banyan (Ficus benghlensis) Peepal (Ficus religiosa) trees in the region. Recently the saplings of these were planted on Achra Bandar (port) along with Mumbai-Goa Highway by Varad and his team.

Varad’s backyard is full of colourful egg shells; shells painted in bright and beautiful colours. You can see the face of a tiger painted on one and on another the picture of mickey mouse; it’s so real you feel it’s about to jump out. He has embarked on a novel initiative called ‘seed egg’, in which the egg shell is used to sow the seed. After the painting of the shell is completed some soil is filled in it and the seeds of a local plant are placed deep into the shell. The empty match box is coloured and the egg shell is stuck on it with glue, it is used as a trey for the shell. Before sealing the opening, a fistful of soft coir is inserted. Finally, the egg shell is sealed using glue and paper chit.

But what’s the use of the fashioned and decorated egg shells?
‘If the egg shell finds the right place, it will thrive and a plant will surely break out of the it. You can gift it to your friends and spread the word about conservation of natural resources and of the existing environment. It can be an ‘out of box’ birthday gift. And yes the plant does grow out of the egg shell in your garden and even in the shrubs”.

Varad appeals to the travellers and motorists – ‘While travelling please throw the egg shells in the bushes adjoining the road. Yes, you can help the nature even while driving in a car. I think we all can do our bit. Let the egg shell find a haven in the bushes. You do your bit of posting it there. The soil, the moisture and the environ will do their bit’. 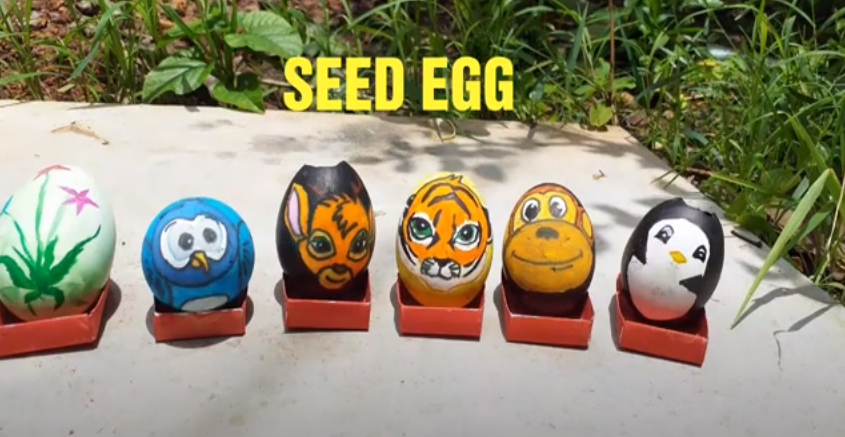 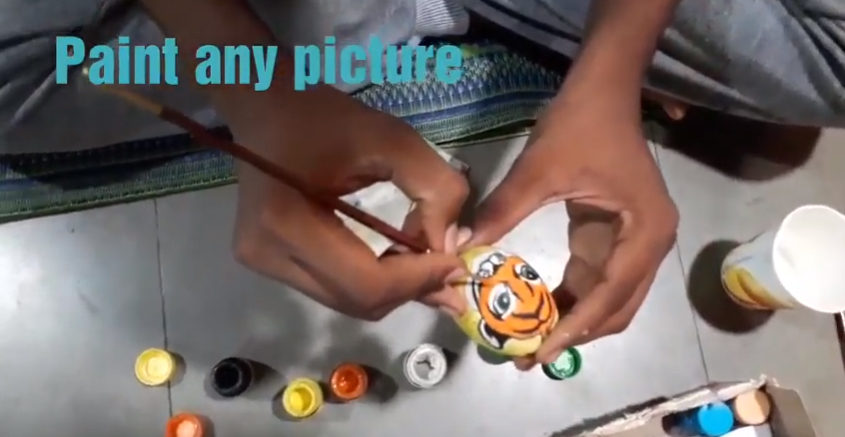 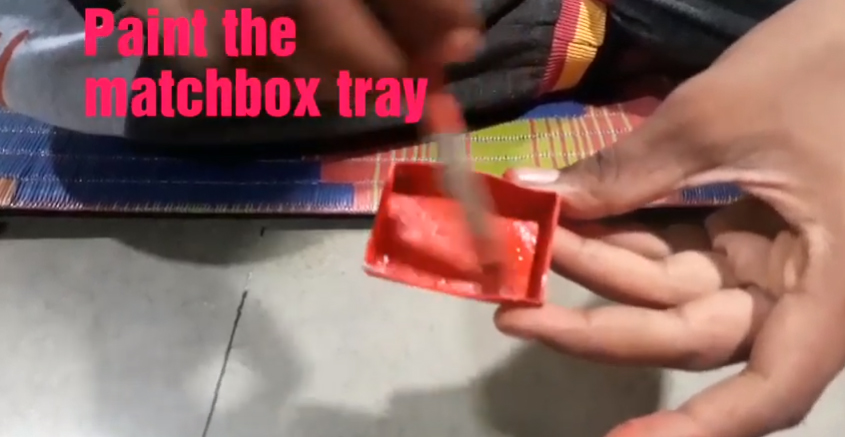 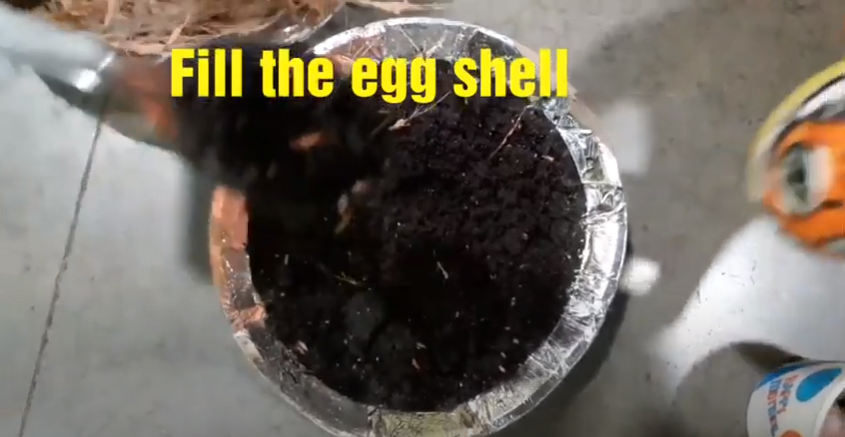 Though he still has to decide about his career path after the 12th grade exam, Varad’s parents encourage his endeavours and have faith in him. “They are happy about my ventures. I am also more confident now, I want to continue doing what I am doing right now” he says.

This adolescent is well equipped with ideas, knowledge, passion and hands on experience that’s needed to embark on coastal and marine biodiversity conservation mission. There are other teen environmentalists like Greta Thunberg and Isra Hirsi around the world who have ignited our hopes of a pollution free world. These teens are juggling school work and activism and their parents are supporting them as they cope with heavy burden that comes with their children’s public action.