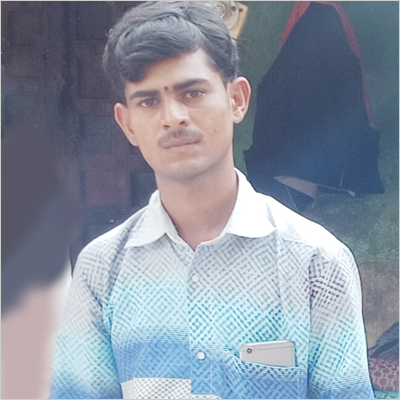 Right to Education activist, who averted the migration of children of daily wage earners 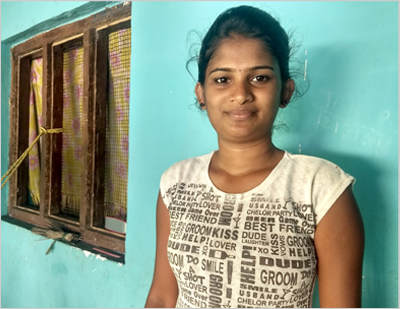 Taboos of the Past, Self Care of the Present

19 year old Dipali dreams of several things – becoming a police officer, completing her education, finding a job, but most importantly for us, about ensuring that every adolescent girl breaks her silence around menstruation. For the last two years, Dipali has been campaigning for Menstrual Hygiene Management and she is especially keen on working with girls who have dropped out of school.

From silence to free speech

Growth is not just about moving ahead in classes, it’s also about how you challenge yourself from within. I was bullied by my friends for being too tall and even considered suicide.Today, I am a resource person and representative for India at the Children as Actors for Transforming Society. 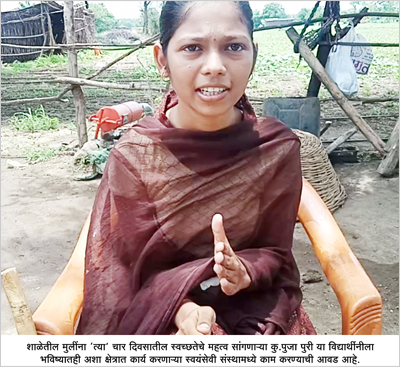 Pooja Ganesh Puri is 19 years (Bubalgaon Village, Bhokardan, Jalna). Since she was in the 8th standard, Pooja has managed to bust myths around periods and menstruation in her village and amongst her classmates. 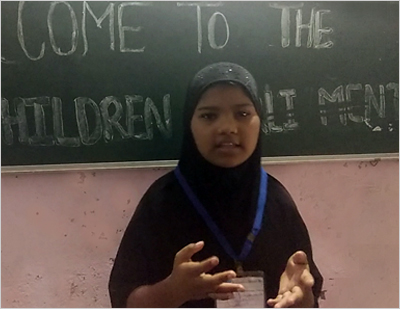 I feel confident, knowledgeable and wise

Shabnam Bano Guddushaikh is only 12 years old. But her wise words and thoughtful views belie her young age. A resident of Sathe Nagar in Mumbai suburban district, Shabnam displays a keen understanding of children’s rights and awareness of social problems affecting her neighborhood. She credits her awareness of a children’s parliament near her home. 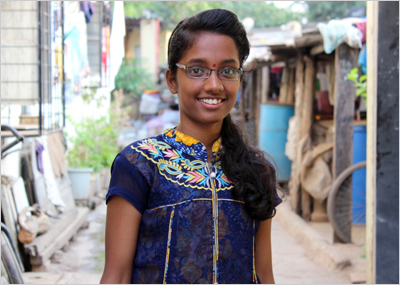 A determined fight for the right to use public spaces

Pooja Pasi brims with vigour and enthusiasm and her eyes sparkle with the youthful energy of her 19 years. A resident of Shivaji Nagar, Dahisar, Pooja is a member of the Child Protection Committee (CPC) of Committed Communities Development Trust (CCDT), an NGO as well as the CPC at the local ward level. 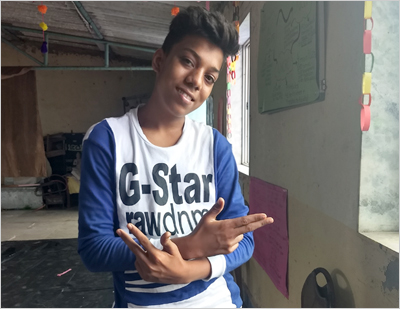 “Pass on the mic to the us, say children”

When 14 year old Aman Gupta heard about child rights 2.5 years back, he thought it was just one of those catchphrases NGOs use in his slum,which died down in 10 days. To his surprise, today, he is the representative of child rights at the Maharashtra State Forum for Children, and represented Maharashtra in Delhi to discuss the state of children with the UN Global Ambassador, Lilly Singh. The transformation from a shy boy who couldn’t even speak in front of his classmates, to leading state-level campaigns for advocacy on child rights, is inspirational. 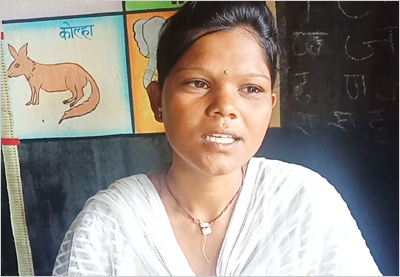 Standing against child marriage, for herself and other girls

Manisha Govind Ghorpade (Chandetepli, Jalna) studies in standard 12th. From 1st to 8th standard, she completed her education in the Zilla Parishad school in her village Chandetepli, and after that, she went on to study ninth and tenth in the Rajur School, Bhokardan, Jalna. Now, she’s pursuing a Bachelor of Arts in the Vinayak University in Rajur. Her mother Kamlabai and her younger brother stay at home with her. Her elder brothers stay in Aurangabad. 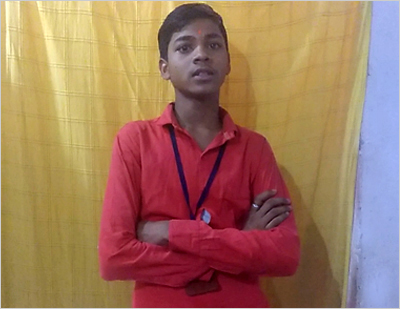 “I want to enter politics and represent the voices of children”

Akash Namdeo Sathe is among just a handful of boys who are members of a children’s parliament in Sathe Nagar, in the Mumbai suburban district.

Of the 20 member children’s parliament, nearly 14-15 members are girls.

Why are more boys not members of the parliament? 14-year-old Akash answers: “More girls are present in school, tuition classes and in the children’s parliament. I feel that boys want to play and roam around and are not interested in activities which require thinking and reflection.”

‘When I first wrote the article, I was sure it was worthy of being discarded in the waste bin. Now everyone in my school remembers me. My father and brothers are very proud of me,’ says an excited Shagufta Wani, a school teacher from Khumriyal Village, close to the LoC in the Kashmir Valley, had written an article during the Charkha Writing Workshop on the poor state of widows in the area. The article won the UNFPA-Laadli Award for Gender Sensitivity 2010for its sensitive portrayal of the plight of the widows of the region.’